Contributed by Ms. Preksha Pala – A student of JK Academy 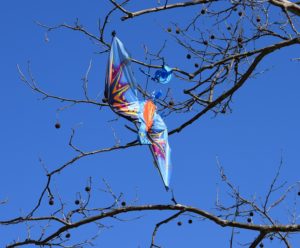 A long weekend was coming up, so Rima’s family decided to make the best of it by having a family time together outdoors. Rima’s elder brother, Bhavya wanted to go to ‘Water World’ to enjoy the new water rides there, whereas, her younger brother, Mehul wanted to go to ‘Prithvi Nature Park’ as they had never visited it. After a lot of discussion, they finally decided that they would go to Water World next week and this weekend they would explore Prithvi Nature Park.

On Saturday morning, the family had their breakfast and left for the park in their car. They all enjoyed sightseeing and moving around the park. It was a very informative trip as they learnt about different species of animals, birds, trees and plants.

At about 1 pm they were all famished, so mother decided that they should have their lunch and rest for a while. They all relished the sandwiches and fruits that mom had packed in the picnic basket.

After having lunch, the kids decided to play while their parents rested under the shady tree. They three of them were having great fun shouting, screaming and enjoying themselves. As the cool breeze was blowing, Rima noticed that mom and dad had dozed off to sleep so she decided to play a prank on her two brothers.

She knew that they both were scared of heights, so with a wicked smile on her face she called out to them and pointing upwards said, “I bet you can’t climb the tree and take the kite that is stuck in the highest branch.” Now both the brothers did not want to show that they were cowards so they accepted the challenge.” The three of them began climbing the tree. Rima started first from one side, followed by Mehul and Bhavya from the other side. All three reached the branch at the same time but Rima was right ahead. She leaned forward to grab the kite, this proved to be a disastrous mistake. The branch was weak, it snapped, Rima lost her balance and and with her, her brothers. All three were about to fall.

The shrill sound of the whistle was heard and guards on duty reacted quickly. Three guards came, one grabbed Rima, the other grabbed Mehul while the third guard caught hold of Bhavya. The commotion had woken up their parents who rushed by their sides. Everyone was shaken by the incident. But they were glad that guards were there to save the day.